WHY YOUR FRIEND ASKED YOU TO READ THIS

Your friend is proud of Freemasonry and the fine character of its members. He believes that you have the qualities for Membership and that you deserve the opportunity to know more about it.  The following will explain what Freemasonry is, who Freemasons are, what they believe in and what they do.

Freemasonry is the world’s oldest and largest Fraternity. Its history and tradition date to antiquity. Its singular purpose is to make good men better. Its bonds of friendship and brotherly love have survived even the most divisive political, military and religious conflicts through the centuries. Freemasonry is neither a forum for nor a place of worship. Instead, it brings together men from all religions that are based on the belief in one God.

Many of our nation’s early patriots were Freemasons, as well as thirteen signers of the Constitution and fourteen Presidents of the United States, beginning with George Washington.

Today, the more than four million freemasons around the world come from virtually every occupation and profession. Within the Fraternity, however, they all meet as equals. They come from diverse political ideologies, but they meet as friends. They come from virtually every religious belief, but they all believe in one God. One of the most fascinating aspects of Freemasonry has always been: how so many men, from so many different walks of life, can meet together in peace, without political or religious debate and always conduct their affairs in harmony and friendship; and find pleasure in calling each other “Brother!”.

WHAT FREEMASONS BELIEVE IN

All Freemasons believe in one God and in respect for each other.

Freemasons are respectable citizens who are taught to conform to the moral laws of society and to abide by the laws of the government under which they live. They are men committed to charity and good works. They remain unchallenged as eager participants in “the world’s greatest philanthropy!” The Freemasons of America contribute more than 1.5 million dollars every day to charitable causes which they, alone, have established. These services to mankind represent an unparalleled example of the humanitarian commitment and concern of this unique and honorable Fraternity.

Freemasonry is proud of its philosophy and practice of “making good men better.” Only individuals believed to be of the finest character are favorably considered for Membership. Every
applicant must advocate his belief in the existence of a Supreme Being.

THOSE WHO SEEK MEMBERSHIP

Anyone seeking Membership in Freemasonry >MUST ASK< a member of a Masonic Lodge or a Mason to recommend him.He must sign a Petition, stating his age, occupation and place of residence. Members of the Lodge will visit with him to help understand the step he is about to take and then the members vote by secret ballot. To be accepted, the ballot must be unanimous.

The Masonic Lodge usually meets one evening per month to conduct its regular business and vote upon petitions for Membership. It is in these lodge meetings where the bonds of friendship and fellowship are strengthened.

Did you know that ...you DO NOT have to be a Mason to attend our social events?  That's true, and if you're interested in Masonry, or becoming a Mason you are fully welcome to attend any of of social nights (or for our dinners, 6pm to 7pm, held before any meetings at our lodge each Thurs) and meet our awesome Masons.  No notice is necessary, but if you want to RSVP, just send a note to our lodge Secretary via our lodge contact form.

To see when our next lodge social is, check out our lodge calendar (aka "Trestle Board") to see our activity schedule. 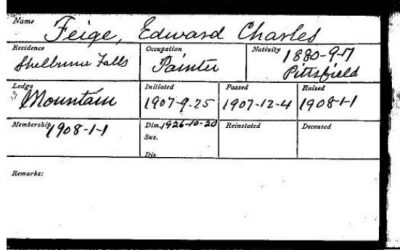 I hold in my hand a little scrap of paper 21/2 x 31/2 inches in size. It is of no intrinsic worth, not a bond, not a check or receipt for valuables, yet it is my most priceless possession. It is my membership in a Masonic Lodge. It tells me that I have entered into a...

END_OF_DOCUMENT_TOKEN_TO_BE_REPLACED 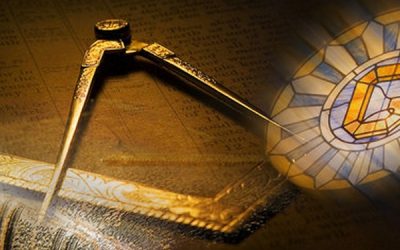 By: W. Bro. Jay B. McCallum, PM Bernice Lodge No. 239 The rich and poor meet together; the Lord is the maker of them all. - Proverbs 22:2 We are reminded by the Senior Warden, at the close of every meeting, that we as Masons should meet upon the level. As with most...

END_OF_DOCUMENT_TOKEN_TO_BE_REPLACED 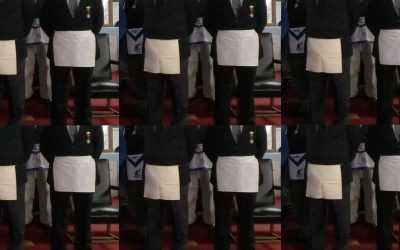 It is not ornamental, the cost is not great, There are other things far more useful, yet truly I state, Tho of all my possessions, there's none can compare, With that white leather apron, which all Masons wear. As a young lad I wondered just what it all meant, When...

END_OF_DOCUMENT_TOKEN_TO_BE_REPLACED 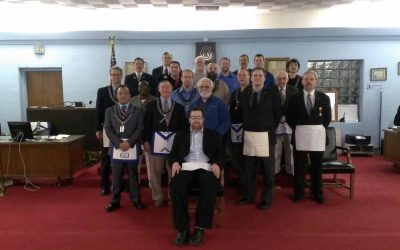 WHAT MAKES A MAN A MASON? by: George M. Free What makes a man a Mason, O brother of mine? It isn’t the dueguard, nor is it the sign, It isn’t the jewel which hangs on your breast It isn’t the apron in which you are dressed It isn’t the step, nor the token, nor the...

END_OF_DOCUMENT_TOKEN_TO_BE_REPLACED 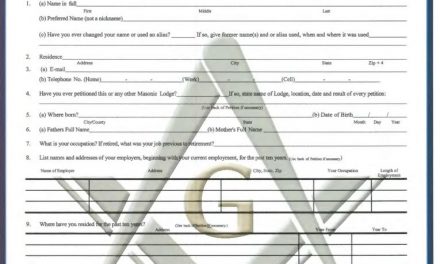 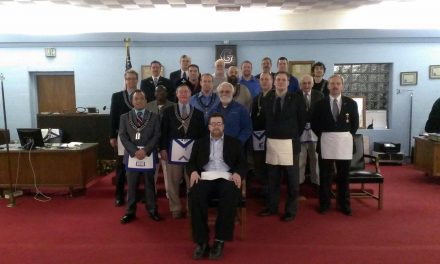 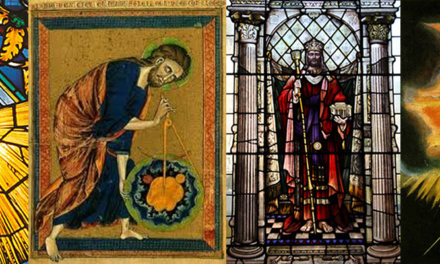